Did you Know: In the early days...

In the earliest of days of settlement in Cattaraugus County wolves, bear, wild cats and other wildlife caused considerable damage or total destruction to crops and killed farm animals. Bounties were placed on these dangerous animals throughout the townships of the county. This provided settlers with an opportunity to accumulate some much needed money. The effort was so successful that many of the animals, especially wolves were hunted to near extinction. 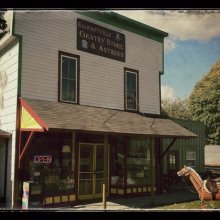 This little store is bursting with ambiance. It takes the visitor back to yesteryear. The photos and review are the only testament needed to encourage you to visit. 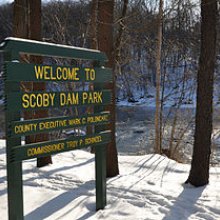 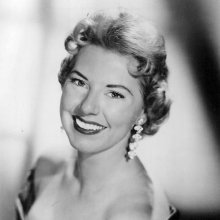 Culture and arts enthusiasts of the Twin Tiers surely are familiar with the career of Bradford, Pa.-born opera star Marilyn Horne, but the area reared another opera talent of note: Beverly Bower, a soprano who once sang the lead at the first performance in the new Metropolitan Opera House at Lincoln Center. 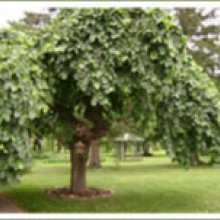 The Great Valley Hotel, built about 1838, was also known through the years as the Plank Road House by Able Hicks, the Halfway House on the northern stagecoach route, The Fenton Hotel, and The Harrison House. A fire in the late 1800's caused the removal of the back wing. 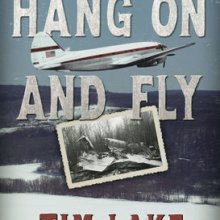 This article appeared in the Jamestown Post Journal on December 27th, 2015.  Written by Deb Everts.

NAPOLI - When a seasoned journalist came to the area to research his family's genealogy, he stumbled upon a story he'd never heard of and no family member had spoken about. That story topped national headlines in December 1951. 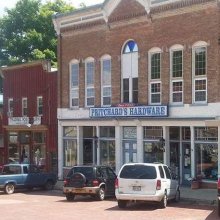 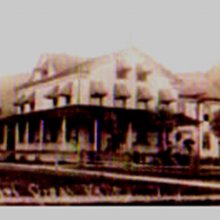 The Plank Road in Great Valley, NY was one of the first roads through Cattaraugus County.  Named as such for the planks of wood that were used to construct the road.

Trash and Treasure in East Otto 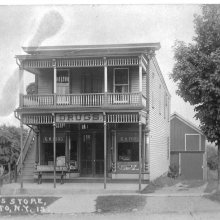 Trash and Treasure, the newest business to open really adds a touch of nostalgia to the area. Anyone who grew up in East Otto always saw this building as an active part of the community. The photo of the building was taken in 1913.

The Roads of Cattaraugus County 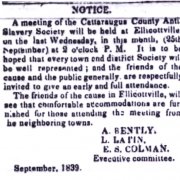 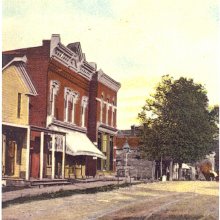 This building started in 1886 as Frederick Smith, Dry Goods.  It later became Edward Smith General Merchandise where a delivery of groceries to Vandalia in Ed Smith's time involved an overnight stay before the return trip to Allegany. 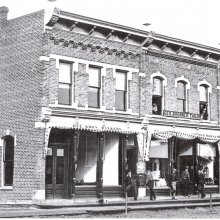 This building began as the Dye Brothers Bank in 1890.  Then it became the First National Bank, then the Allegany Meat Market owned by Frank Seyller.  Later is turned into the Dornow Pharmacy, first owned by Karl Dornow and then by his son, Edwin Dornow, and his wife, Muriel.  During this time there was a two-lane bowling alley on the second floo.  Many of the local boys worked as pin spotters.  This is depicted in the second photo above. 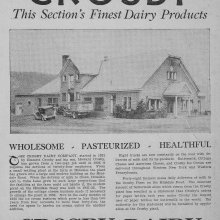 Tags:
Place
Nostaglic Place
Tag Municipality:
Hinsdale
Crosby Dairy, currently Corner Café or Valero, route 16 Hinsdale. Today, many from the Olean area know Crosby's as a place to get a great ice-cream cone or milkshake, like years ago.  Emmet Crosby and his son, Howard Crosby formed the Crosby Dairy Co. in 1921 at the farm on Gile Hollow Rd.  In May 1932 a modern plant on route 16 opened where they produced milk, buttermilk, cottage cheese, American cheese and ice cream.  Howard Crosby sold Crosby Dairy in 1966 to Sunnybrook Dairy.
Read more 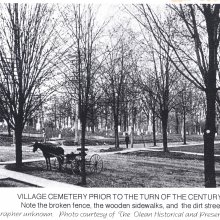 From the Olean Historical and Preservation Society:

In lieu of Bernie Pire's feature story (she's been helping out her former employer), we have a paper written by Josh Rogers, an Olean High Junior.  He has kindly allowed us to print it here.

Cattaraugus county was formed in 1808 from Genesee County and named "Town of
Olean".  Under the act of its formation, Cattaraugus County was provisionally
annexed to Niagara County until there were 500 taxable residents qualified to
vote for members of the NY Assembly.  In 1812, for judicial purposes and convenience
of the inhabitants, the eastern portion of the County was annexed to 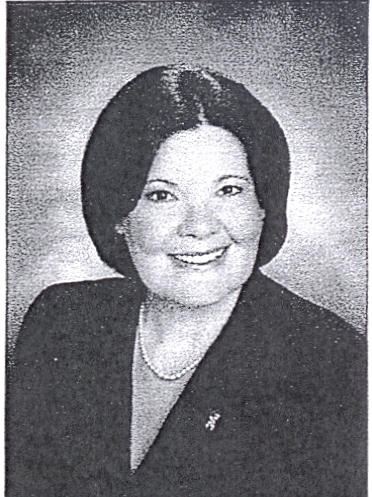 Linda Witte's expertise spans health care, government and community organization.  Her resume boasts a long history of community leadership, service and participation, and her past and present focus includes healthcare accessibility and management, fiscal accountability and responsibility, and economic viability for the Southern Tier. 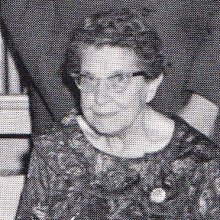 Miss Pierce was born in Humphrey in 1880.  She graduated from Allegany High School in 1900, and later  graduated from Alfred University as a teacher.  She first taught in Hornell and later in Herkimer and Gloversville.  She then became associated with the biology department of the Paterson, N.J. high school and continued there until her retirement from teaching in 1942.  She then returned to Allegany and began another career in community service.