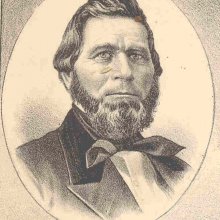 One of the early settlers of the town of Mansfield, was born in Marcullus, Onondaga Co., NY, March 28, 1801, he being the fourth child and second son in a family of twelve children of Medad and Anar (Buell) Harvey. His parents were natives of New England.

Money in the Forests of Great Valley 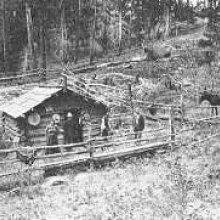 The picture is representative of an early homestead, not necessarily from the Great Valley Area.

The Allegheny River, a Public Highway 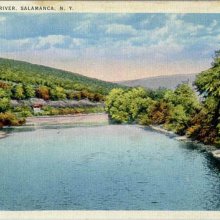 In 1807, the Allegheny River, by law, was made a public highway. The first raft ran from Olean Point down river to Pittsburg, PA. This momentous event led ironically to both the development and underdevelopment of the southern portion of Cattaraugus County.

Old Chautauqua Road in the Town of Mansfield 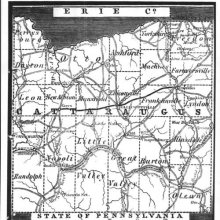 Where Are All The Old One-Room Schoolhouses? 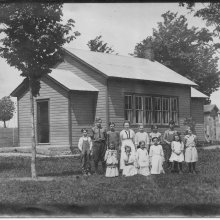 Where are the old schoolhouses? There are more than 170 common (elementary mostly one room school buildings) remaining in Cattaraugus County. We would like to compile them into a brochure to make them accessible to everyone; however, many are now private residences. 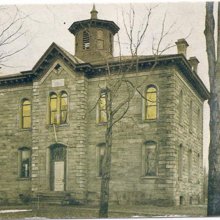 Peter Ten Broeck, without an heir to his fortune, and having passed the meridian of his life, had for a long time contemplated and finally planned to bestow his wealth so that it might do the greatest good to the greatest number, and establish imperishable honor to his name.  As fast as his estate could be turned into ready means, he had decreed that the balance be expended in an endowment and construction of a literary institution known as “Ten Broeck Free Academy.”  In his last will and testament, after providing certain sums of money to relatives and friends, the balance of his estate am

When a pioneer farmer in the early 1800’s arrived at his recently acquired property, the first thing that he saw was trees.  He would cut the trees to build a cabin, a barn, storage building and fences.  However, there were still countless trees left.  Then he would start to clear land for meadows.  He needed open fields to plant crops and raise his livestock.  So he continued cutting down trees and burning them to ashes.

William Hurd Eddy - "The Home on the Hill" 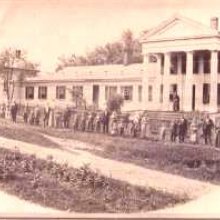 How Hinsdale, NY got its Name and Other History