The fertile soil and valuable timber rapidly brought settlers to the
Franklinville area.  In 1806 the first pioneer settler arrived in Franklinville.
In 1816, a severe winter with bitter, cold temperatures and several feet of
snow caused many settlers to leave the Town or move west or to the hills to get away
from the frost.  This resulted in the County being nicknamed "Cold Cattaraugus".

In 1817, the Holland Land Company was giving "articles".  In order to receive an
"article" one would pay enough down to cover the cost of the paperwork and would
obtain possession to a parcel of land.  This attracted many settlers to the
Franklinville area.  Even settlers who had owned land in other counties or other
sections of this county, sold their land (for whatever they could get) and acquired
land in the Franklinville area.  It is recorded that one individual bought
"50 acres in Sugartown for a dog...a hound at that."

The soil of the Town was remarkably well adapted to dairying with agricultural
efforts directed toward cheese and butter manufacturing.

The Village of Franklinville (first known as Ischua Flats and then McCluer
Settlement (1806)) received its name in honor of Benjamin Franklin and was incorporated
in 1874.  At one point in history, the Village was very nearly the center
of several surrounding tribes of indians - the Alleganies, Cattaraugus,
Tonawandas, Squakie Hill, Gardow, and Caneadeas.

The Village water system was completed in 1890.  The Franklinville Electric Light
Company (1893) was for purpose of overseeing lamp lighting within the Village.
The Bank of Franklinville opened its doors in 1873.  The Franklinville Canning
Company commenced operations in 1882.  Ten Broeck Free Academy opened in 1867.
The first fire company was the Eagle Engine Co. formed in 1876.  A large building
was donated by Henry Morgan (1885) to be used for a town hall.  That building
named in his honor, Morgan Hall, stands today on the Village Square.

The hamlet of Fitch, now non-existant, was a post office near the southeast
corner of Franklinville, on the Western New York & Pennsylvania Railroad.  It
contained 2 stores, a saw mill (1882), a feed mill (1889), and a cheese factory. 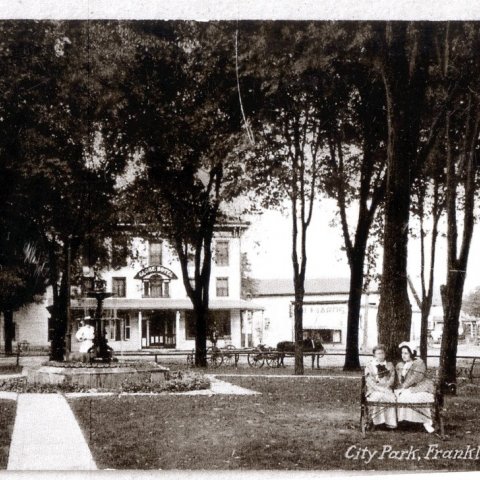 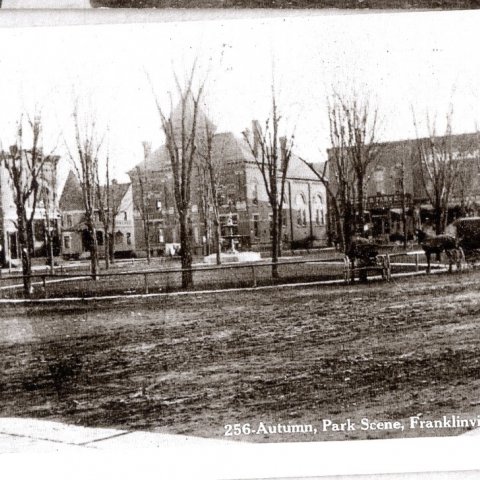 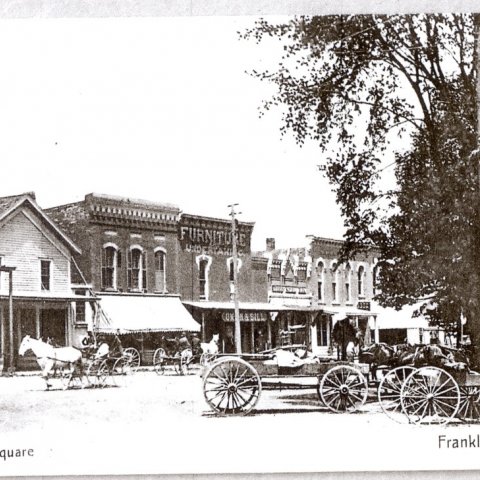 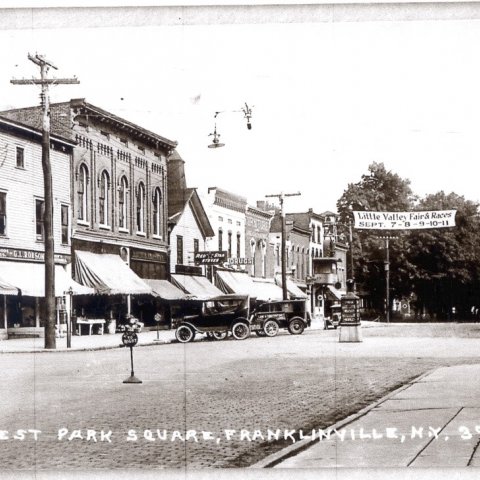 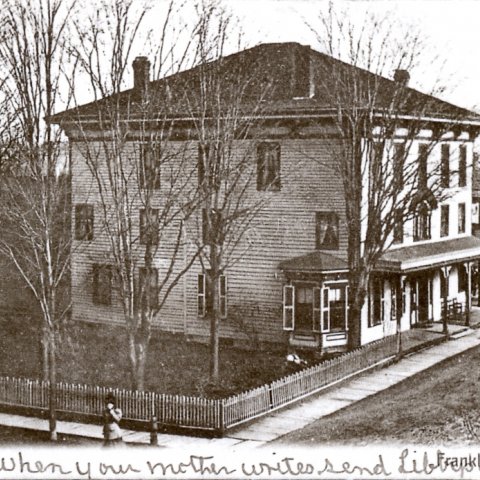 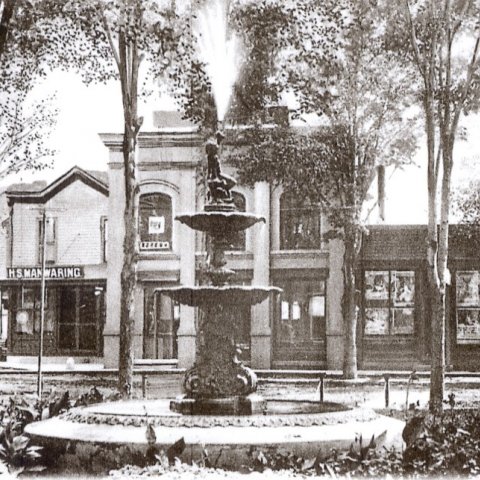 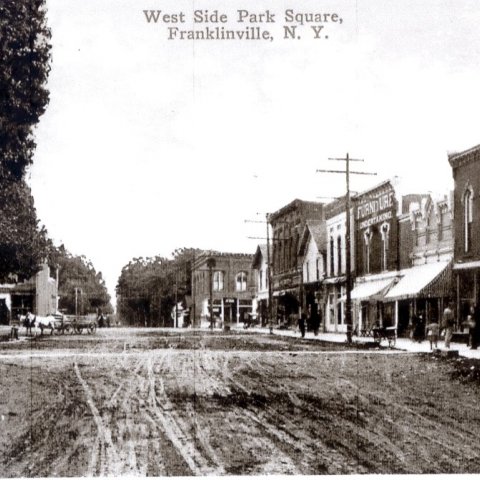