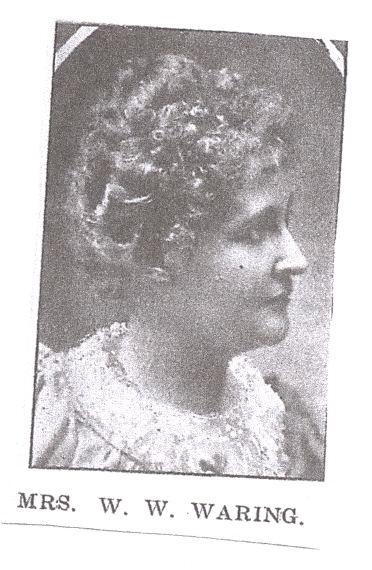 The campaign for President of the United States and the election in the year 2008 was an historic one for women.  A woman came very close to being the candidate for President on the Democratic ticket while another woman was chosen to represent the Republican Party for Vice President.

The journey for women winning the right to vote began in New York State with the Seneca Falls Women's Rights Convention in 1848.  Through the years, supporters of these rights included Elizabeth Cady Stanton, Susan Anthony, Lucretia Mott, Amelia Bloomer and a score of other women.  Strangely enough there were a surprising number of men who were also willing to back voting for women.  Belva Lockwood, from Niagara County, New York, actually ran for President in the 19th century and won a number of votes.  However, she and her female supporters were unable to cast ballots for her.  It has taken women 160 years to get to where they are actually being considered for the highest offices in our country.

Lucy Thayer was born in San Francisco, California.  She came East as a young woman to attend Emma Willard, a finishing school.  She graduated from Ingham University and continued her studies in art in New York City.  But Lucy had higher ambitions and managed to be accepted as a law student at the University of Buffalo, commuting daily by train from Frankoinville.  She graduated in 1900 and passed the New York State Bar. She became a junior partner in the law firm of Waring and Waring in Franklinville.  She married William Waring and became the first and only woman lawyer in Cattaraugus County at that time.  Lucy Waring was also the first woman to practice in the Supreme Court in Buffalo.  She was an ardent believer in equal rights for men and women and supported votin for women.  She had a great many women as clients because they knew that she was always on their side.

In 1909, after she was denied the right to vote in Franklinville, she filed an application for a writ of mandamus to force the Board of Inspectors to register her name as an elector in the Town of Franklinville.  Judge Emory heard her argument and his opinion upheld her legal right to vote on all questions and appropriations.  The Board of Inspectors was informed that they were to receive her vote when she offered it.  In addition to her career as an attorney she was also the mother of five children.  Lucy Thayer Waring helped to open the curtain of the voting booth for the women of Franklinville and eventually for women throughout the United States.

Originally the right to vote in this Country was reserved for male landoweners.  Over the past two hundred thirty-two years this privelege was extended to citizens of eighteen years and older without regard to race, religion or gender.  People who fought for voters' rights were often ridiculed, attacked, beaten, jailed and in some instances murdered.

It's important to remember this and to exercise your right to vote in each election.  It doesn't matter whether you vote Republican, Democrat, or for any of the leseer know candidates.  You can even make use of a write-in vote to nominate someone of your own choice.  If you do not know how to do a write-in vote, ask the people who are working at the voting site to help you.  Please honor the memory of those men and women who earned this privelege for you and vote!